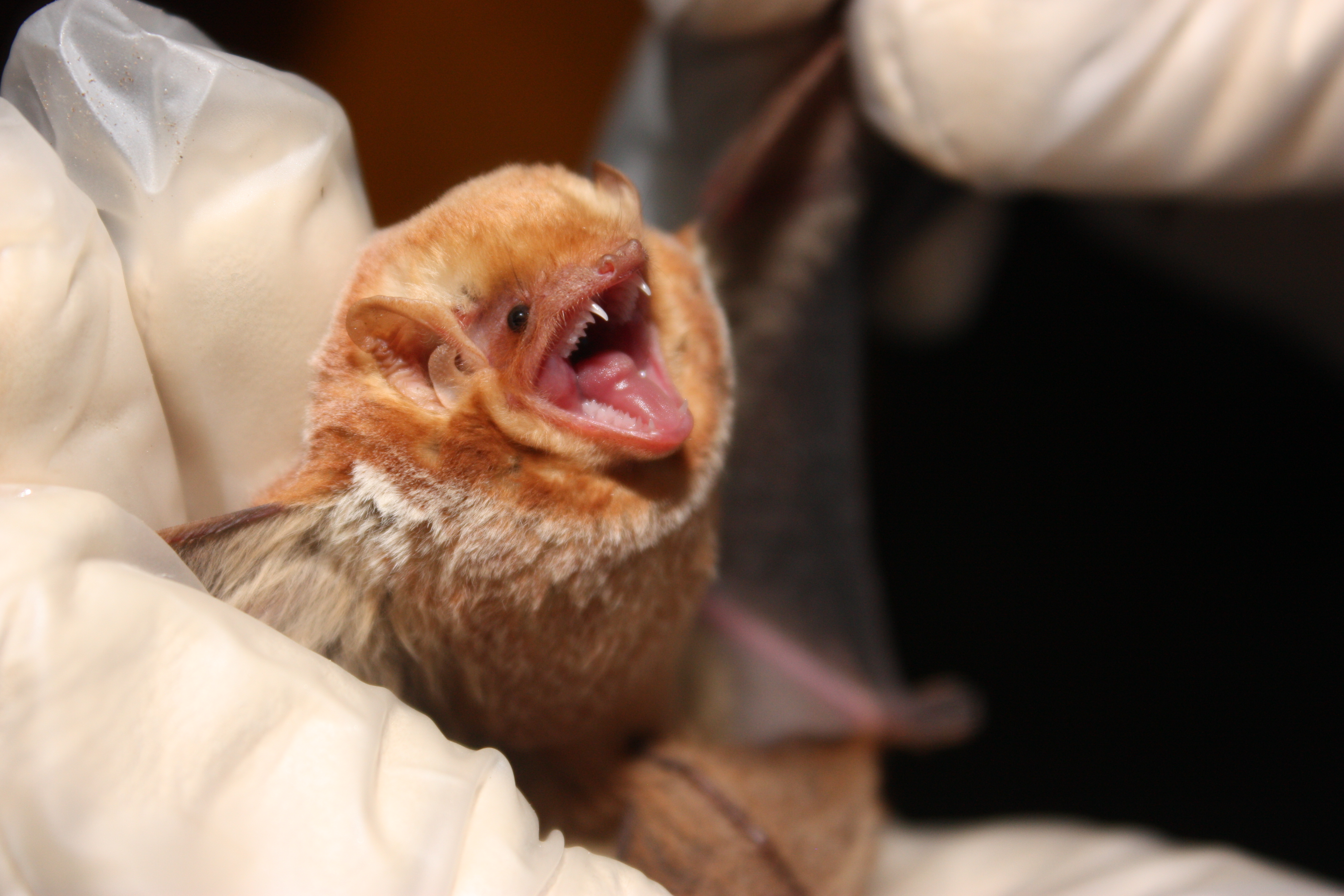 The eastern red bat (Lasiurus borealis) is a species of bats that are solitary until they come together to mate and migrate in the late summer and early fall. They are an arboreal species that is known to prefer wooded areas. They choose to roost within the foliage of trees and shrubberies and they like areas where there are little to no branches below so that they have a clear takeoff path.

They are insectivores that will forage for prey items on the edges of pastures, in water corridors, and within the wooded areas where they roost. They are native to the eastern portion of the United States, east of the Rocky Mountains. Their range also spans into southern Canada and down into northeastern Mexico as well. A small population of red bats has also been found living on the island of Bermuda.

Their young are born in March or April even though mating occurs in August and September. They have an average litter size of 2 to 3 pups but can have as many as 5. They are a rusty red color and can reach lengths (head and body) of 2 to 3 ½ inches with a tail that can be up to 2 ½ inches long.