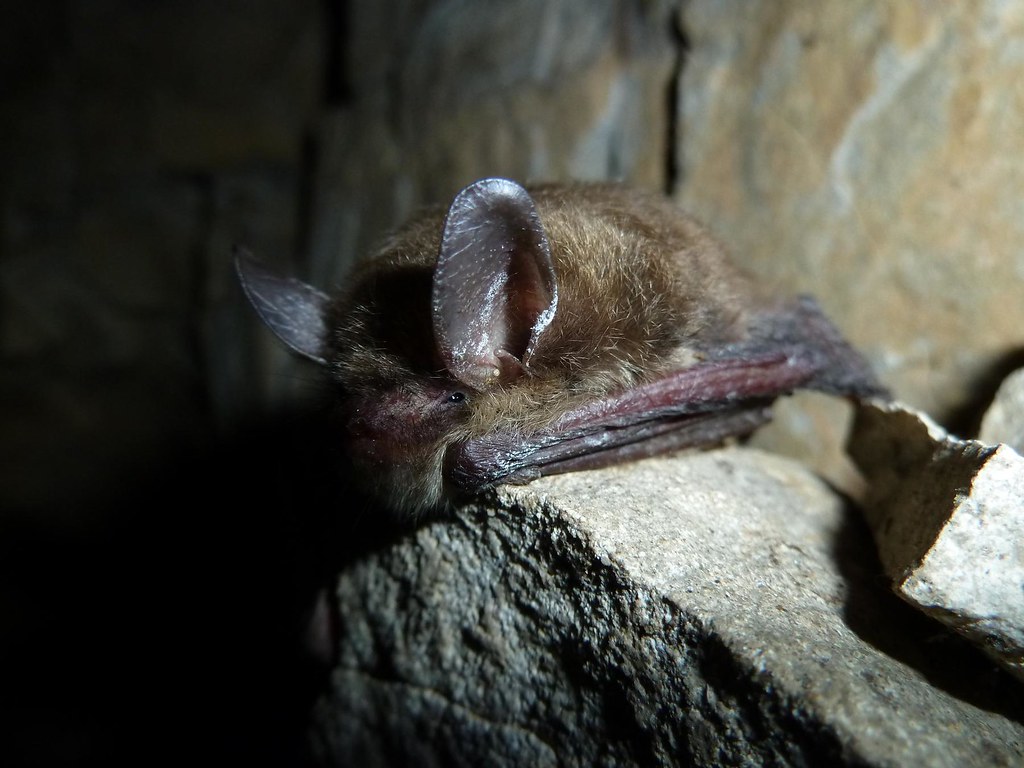 The northern long-eared bats (Myotis ) are insectivores that forage along forest edges, hillsides, ridges, and over open water. They are generalists who are not picky about the types of prey that they catch. They are generally solitary except during migration times and when the females form maternity colonies. They will roost in tree hollows, under loose bark, buildings, under bridges, and in attics. For the purpose of hibernation, they prefer to spend their winters in the safety of caves and mines.

The color of these bats ranges from brown to a reddish color with a yellowish-gray color on their belly. They get their name and are recognized by their disproportionately long ears. The northern long-eared bat is sexually dimorphic, meaning that the females are larger than the males. They range in size from 3 to just under 4 inches and weights of between 2 and 8 grams. Their geographic range spans from North Carolina and Alabama, west to Texas and Oklahoma, and north to middle and eastern Canada.

Like many bats, they mate in the fall before they go into hibernation and they practice delayed fertilization. The females store their male sperm in their reproductive system until they ovulate in the spring. They give birth to a single pup in late spring and early summer.