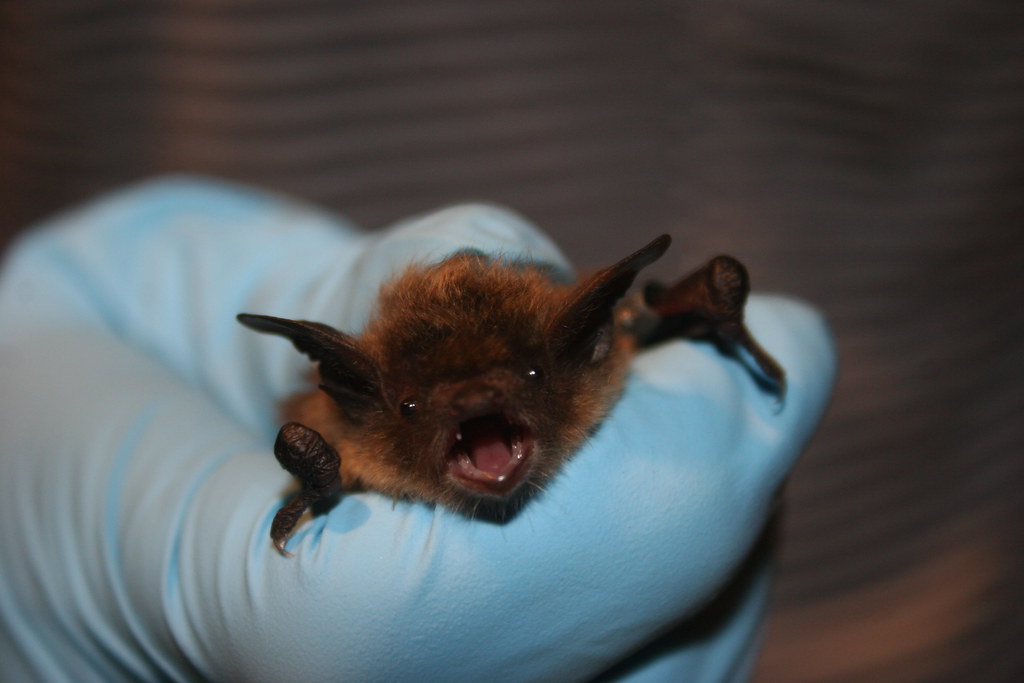 Also known as the little brown myotis (Myotis lucifugus), roosts in buildings, trees, under rocks, and under woodpiles when they are not in hibernation. Their daytime roosts differ from their nighttime roosts. The daytime areas have little to no light coming in, so they are not disturbed. At night, they choose areas that are smaller and more compact so that they are able to stay warmer. They also change their roosts so that their predators do not know where they are. Their preferred hibernation areas are caves in large colonies.

They are found in a large area that extends from Central America, the United States, Canada, and even as far north as into Alaska. They are shades of brown, which where they get their name from and reach a size of no longer than 4 inches. Their wings can grow to reach a wingspan up to 11 inches and reach weights of around 10 to 14 grams. There is some evidence that proves that the females of the species are larger than the males.

Like most bats, little browns are insectivores that mate in the fall, but the females do not ovulate until springtime. The females give birth to a single pup after a gestation period of 50 to 60 days. These pups are fully independent a month after birth.