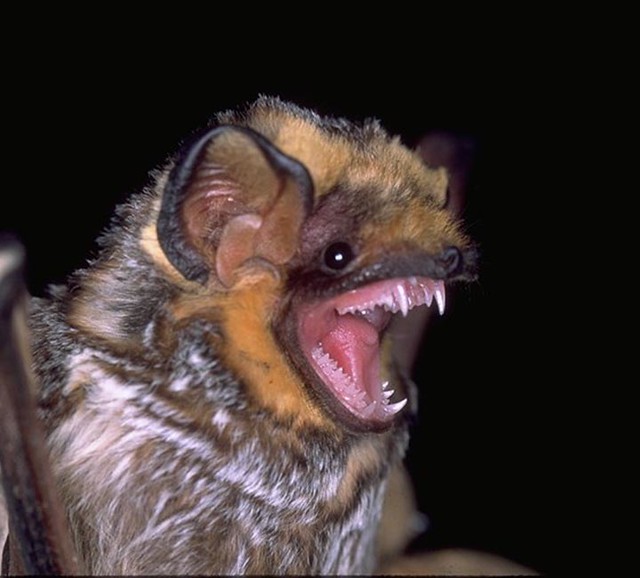 The hoary bat (Lasiurus ) is rare to find in the far eastern United States and the northern Rocky Mountains, but they have a huge native range. It spans from South America (as far south as Chile and Argentina) all the way up to the tree line in Northern Canada. They are a tree-dwelling bat that prefers roosting areas in tree hollows, in trees on the edges of clearings and pastures and rock crevices. Hoary bats are solitary until they come together to migrate and mate, which occurs in the same season.

They are a bat species that registers on the larger size in comparison to other bat species. They reach sizes up to 6 inches long and a 16 to 17-inch wingspan. They are insectivores like most bats are, but their preferred prey items are moths. Hoary bats range in color from gray to brown with a yellow throat patch and white on the wrists and shoulders.

They mate in the fall before migration and give birth to their pups between May and July. Females are pregnant for a gestation period of around 56 days and usually give birth to 2 pups but can have litters as large as 4.