The History Of Rochester Hills Michigan 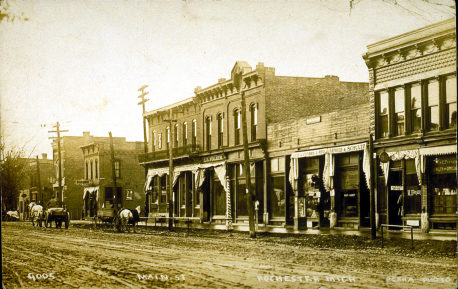 Not soon after the war in 1812, the region towards North Detroit was considered to be worthless and nothing but swampland. Curious settlers however, decided to explore and despite what they had been told they discovered magnificent land for farming. The settlers used the trails left by the Native Americans to navigate their way through this unexplored region and they also followed the Clinton River. Settlers first arrived in Rochester Hills, Oakland County Michigan in the year 1817. In Oakland County, Michigan it was the first area settled. It was then known as the Avon Township. The first settler was James Graham who came from Ireland. The multitude of rivers and flowing streams, the vast cover of oaks, elm, pine, maple and beech prompted him and his family to settle in what is regarded as Rochester, MI.

The settlers set up mills in the area. The mills run on water power which was obtained from the surrounding rivers such as the Clinton river, the Stony Creek river and the Paint Creek river. By the year 1850 the family farms had become almost entirely self sufficient and would produce their own food and clothing. This was enabled by the presence of the mills which provided food by grinding grain into flour, cloth by carding wool and lumber by cutting timber which could be used for building homes and barns. The mills were very effective and by the year 1850 the sawmills produced lumber of 444,000 board feet and the carding mills were producing 28,000 pounds of wool. The Yates Grits Mill which is today known as the Yates Cider Mill, started functioning in 1863 and still stands and functions up to date. The first water powered saw mill was constructed in 1819. By the year 1826 a convenience store opened to accommodate the growing industry. In the year 1821 the first school was built and Mr.Harrington taught English here in 1823. The growth and development of schools in Rochester was very swift after that. By year 1824 construction of the first road authorized and this construction was done by the P.P.Creek Turnpike company. The road initiated in Detroit and ran up to Pontiac. The road was a corduroy road and these roads are made by placing logs transversely side by side and it is ideal for swampy and low areas. The road which was built then is now known as the Woodward Avenue Road. With the dawn of the 20th century telephones were introduced in the town and in the year 1924. In that same year a police department was set up.

Oakland County animal control service was established to make sure that Rochester Hills had no more animal issues.

THE FORMATION OF ROCHESTER HILLS

In the year 1967 the Avon Township requested to become a city. The proposed charter was voted and passed in January 1968. On 20th November 1984, the Avon Township was renamed into Rochester Hills with the other proposed name being Avon Hills. This happened because of the historical roots the city has in Rochester and hills due to the landscape of the region. This however took place after a very long legal process.

Prior to European settlement, the area now known as Rochester Hills was inhabited by Native Americans, namely the Potawatomi. The Potawatomi depended on the area’s abundant water sources, such as the Clinton River and Paint Creek, to grow crops, fish, and travel. They resided here until the 1807 Treaty of Detroit caused them, along with the Odawa, Wyandot, and Ojibwe peoples, to cede their land in Southeast Michigan. The first European settler was James Graham who arrived in 1817. Graham and his family reached the area by following trails created by the Sauk Native Americans. Avon Township was organized in 1835. Rochester incorporated as a village within the township in 1869. The township adopted a charter in 1948 under the Home Rule Act. Also in 1948 a post office was established under the name of Brooklands for the area between Auburn Road and Hamlin Road just to the west of Dequindre Road. In 1966, village residents voted to become the City of Rochester, effective in February 1967. As a result, Rochester residents no longer had to pay property taxes to the township, as it was now a separate municipality. In 1967, Avon Township filed a petition to become a city. In January 1968, township voters approved the petition to move forward with seeking city status. Three proposed city charters were voted down by residents, the first in March 1969, the second in May 1970, and the third in September 1971. The city of Rochester then sought to annex all of the township, which was unanimously denied by the Michigan Boundary Commission. In 1972, petitions were filed to consolidate Avon Township and Rochester. In April 1974, the consolidation petition lost by 350 votes in the township, while passing by four votes in Rochester. In May 1974, Rochester’s petition to annex 2.2 square miles (5.7 km2) of Avon Township was approved by the Michigan Boundary Commission. The township became Avon Charter Township in August 1978. Court challenges to the 1974 annexation continued until November 1981, when the township was ordered to surrender the annexed property. In May 1984, township voters approved a city charter. On November 20, 1984, Avon Township became the City of Rochester Hills. The name of the new city was put to a vote, with the other choice being “Avon Hills”. The name “Rochester Hills” won by a landslide with voters, based on the area’s historical ties to Rochester and the rolling hills that abound in the area. Township Supervisor Earl E. Borden became Rochester Hills’ first mayor. – Source